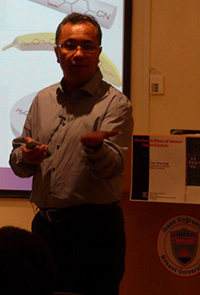 POSTER of “The Fourth Phase of Matter: Liquid Crystals”

Prof. Dr. Ömer Dağ graduated from Middle East Technical University with a B.S. degree in Chemistry in 1986, and received his M.S. and Ph.D. degrees in Chemistry from the same university in 1989 and 1994, respectively. In 1991-1994, he was a Ph.D. exchange student with the Chemistry Department at University of Toronto. After completing his Ph.D., he worked as a postdoctoral researcher at University of Toronto, focusing on various porous materials, some of which were synthesized under microgravity in the space shuttle ENDEAVOR 77. Prof. Dağ joined Bilkent University in 1999 and is full professor in the Department of Chemistry.

His research involves nanomaterials, lyotropic liquid crystals (discovered by his group), and mesoporous materials. He is a recipient of the TÜBİTAK Encouragement Award in 2001, and the Turkish Academy of Science (TÜBA) Young Scientist Award in 2002. He was an associate member of TÜBA between 2006 and 2011. He has published over 45 articles in SCI journals (including high impact journals such as Nature, Angewandte Chemie International Edition, Journal of American Chemical Society, Advanced Materials, Advanced Functional Materials, Small, etc.), some of which has been highlighted on the cover of respected journals (like Advanced Materials, Angewandte Chemie International Edition, Journal of Materials Chemistry and Chemistry A-European Journal), and many international conference proceedings. His publications have received more than 1000 SCI citations. He holds 1 patent in the area of fast emitting silicon. 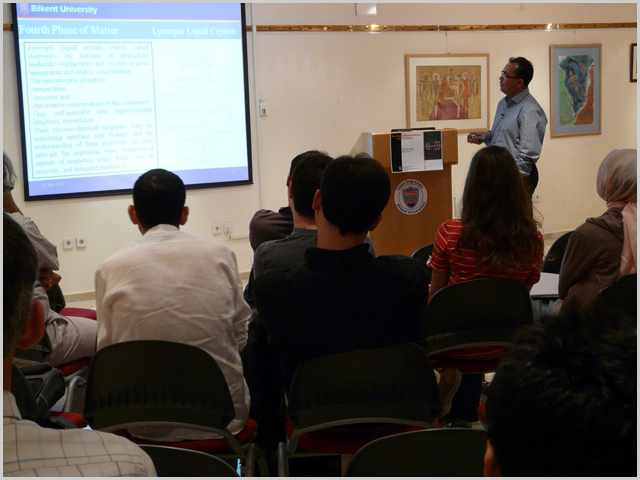 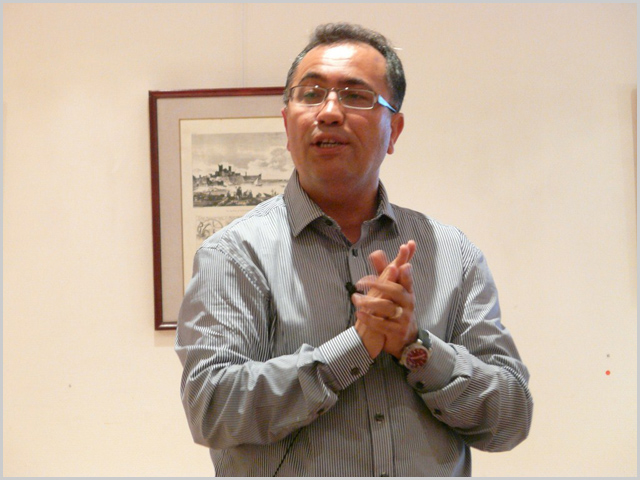 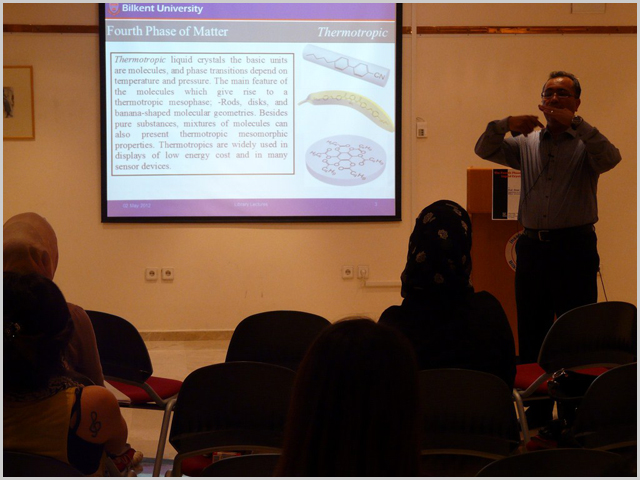