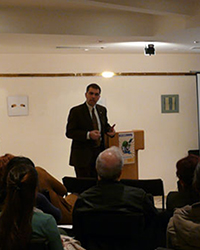 “Computational Electromagnetics: What Does It Mean to Break the World Record in Bilkent?”

POSTER of “Computational Electromagnetics: What Does It Mean to Break the World Record in Bilkent?”

Prof. Levent Gürel (Fellow, IEEE) is the Director of the Computational Electromagnetics Research Center (BiLCEM) at Bilkent University. He received the B.Sc. degree in electrical and electronics engineering from the Middle East Technical University (METU) in 1986, and the M.S. and Ph.D. degrees from the University of Illinois at Urbana-Champaign (UIUC) in 1988 and 1991, respectively, in electrical and computer engineering.

He joined the Thomas J. Watson Research Center of the International Business Machines Corporation, Yorktown Heights, New York, in 1991, where he worked as a Research Staff Member on the electromagnetic compatibility (EMC) problems related to electronic packaging, on the use of microwave processes in the manufacturing and testing of electronic circuits, and on the development of fast solvers for interconnect modeling. Since 1994, he has been a faculty member in the Department of Electrical and Electronics Engineering of the Bilkent University, Ankara, where he is currently a Professor. He was a Visiting Associate Professor at the Center for Computational Electromagnetics (CCEM) of the UIUC for one semester in 1997. He returned to UIUC as a Visiting Professor in 2003-2005, and served as an Adjunct Professor in 2005-2008.

Prof. Gürel’s research interests include the development of fast algorithms for computational electromagnetics (CEM) and the application thereof to scattering and radiation problems involving large and complicated scatterers, antennas and radars, frequency-selective surfaces, high-speed electronic circuits, optical and imaging systems, nanostructures, and metamaterials. He is also interested in the theoretical and computational aspects of electromagnetic compatibility and interference analyses. Ground penetrating radars and other subsurface scattering applications are also among his research interests. Since 2006, his research group has been breaking several world records by solving extremely large integral-equation problems, most recently the largest involving as many as 205 million unknowns.

Among the recognitions of Prof. Gürel’s accomplishments, the two prestigious awards from the Turkish Academy of Sciences (TUBA) in 2002 and the Scientific and Technical Research Council of Turkey (TUBITAK) in 2003 are the most notable. He is currently serving as an associate editor for Radio Science, IEEE Antennas and Wireless Propagation Letters, Journal of Electromagnetic Waves and Applications (JEMWA), and Progress in Electromagnetics Research (PIER).

Prof. Gürel served as the Chairman of the AP/MTT/ED/EMC Chapter of the IEEE Turkey Section in 2000-2003. He founded the IEEE EMC Chapter in Turkey in 2000. He served as the Cochairman of the 2003 IEEE International Symposium on Electromagnetic Compatibility. He is the organizer and General Chair of the CEM’07 and CEM’09 Computational Electromagnetics International Workshops held in 2007 and 2009. He is a member of the USNC of the International Union of Radio Science (URSI) and the Chairman of Commission E (Electromagnetic Noise and Interference) of URSI Turkey National Committee. He served as a member of the General Assembly of the European Microwave Association (EuMA) during 2006-2008.

Levent Gürel is married to Meltem Gürel, assistant professor in the Department of Interior Architecture and Environmental Design at Bilkent University. Their daughters, Defne (16) and Aylin (11), are high-school and middle-school students at Bilkent University Preparatory School (BUPS). 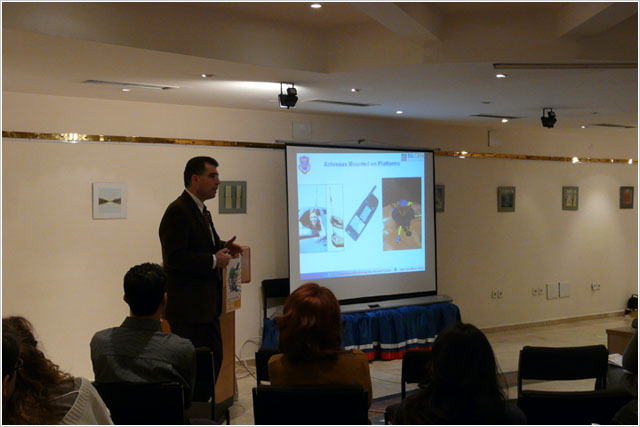 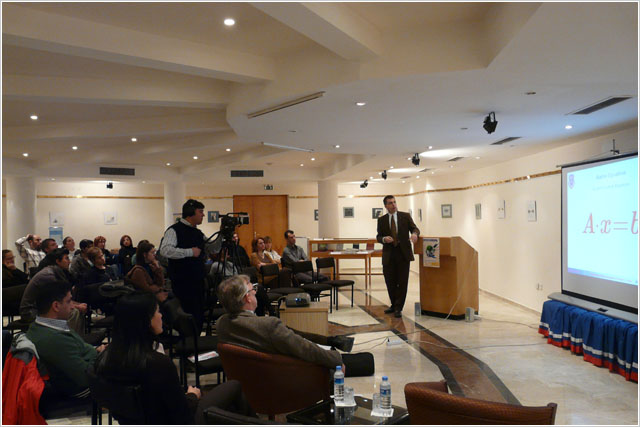 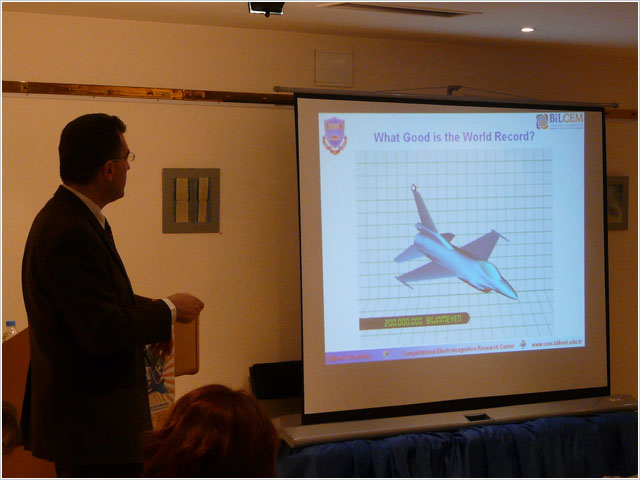